The best in the world.
Home > Uncategorized  > Guyana’s Remarkable Rums!

Over the years, Guyana’s rums have been raking in the awards and praises from connoisseurs, experts, and fans across the globe. But what makes our rums so remarkable?

It begins with the rich alluvial mud found in the fields on the sugar cane plantations which lends an earthy taste to the cane juice and molasses. And it ends with the use of 9 unique stills which range in age from the Double Wooden Pot Still of 1732 to the two Diamond Coffey Stills acquired about 15 years ago. 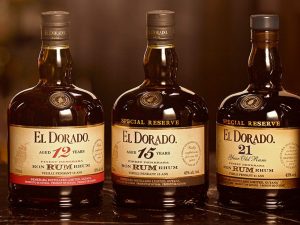 Production began in roughly 1670 with over 300 estates producing their unique spirit blends based on the methods of distillation still in use today. The British Navy connection made Guyana’s rum famous. “Britannia ruled the waves” with Guyanese Rum. British sailors were given a rum tot every day and on the eve of battle, they were given extra rum to give them more courage. The rum tot was stopped in the early 1970’s and the British Empire has never been the same!

The spirits produced by the stills range from neutral alcohols to heavy spirits before being aged in Bourbon oak casks for anywhere between 3 years to 21 years. There are also specially aged rums for occasions such as Guyana’s 50th Independence Anniversary which retailed for a whopping US$5,000 per bottle! Some of this 50 year old rum was returned to the vaults to continue aging for Guyana’s 75th Independence Anniversary in 2041. 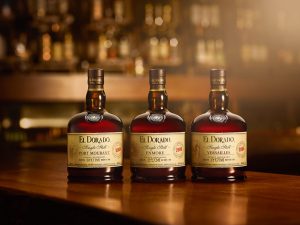 We have a tradition in Guyana of sprinkling a few drops for the ‘spirits’ whenever you open a new bottle. But when a barrel is filled some rum naturally evaporates through the barrel and this is called the “Angel’s share”. And when you discard a barrel after 15 years, some rum is left in the charred inside of the barrel and that is called the “Devil’s share”. Once I learned that everyone has had their share, I realized that there’s no need to sprinkle a few drops any more. 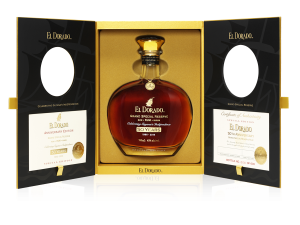 Writer’s note:
The best way to experience Guyana’s remarkable rums is by having a Rum Tasting Dinner with our in-house Rum specialist, Salvador de Caires! You’ll have the opportunity to taste the top 3 aged rums and decide which side you are on. Are you a 12 or a 15 year person? This is a very important question. Salvador personally prefers the 12 year old, while our Managing Director, Tony, is a 15 year man. The 21 year old was entered in a cognac competition and the judges could not pick out the rum. We can all agree to love the 21 and dream to afford a taste of the 50, and the 75, now aging in the vaults for 2041. 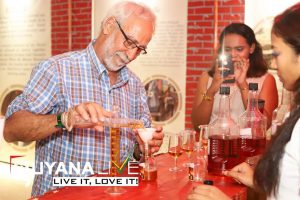 Salvador was born and raised in Guyana and is often referred to as the “Guyanese Wikipedia”. His warm, friendly personality and extensive knowledge of Guyana makes him perfect for Customer Relations and he is in demand for his captivating city tours. Salvador finished his schooling in England before returning to teach in Guyana. Later he worked a 28-acre organic farm before moving to New York and managing an international textile firm. In 2010, Salvador and his wife Andrea returned to Guyana to manage Karanambu Lodge.

Working in this remote lodge in the savannahs of Guyana, they both became deeply involved with the villages and community tourism efforts in the Rupununi. In 2016 they moved to Georgetown and formed the Product Development team at Wilderness Explorers. Salvador moved into his current role in 2018.